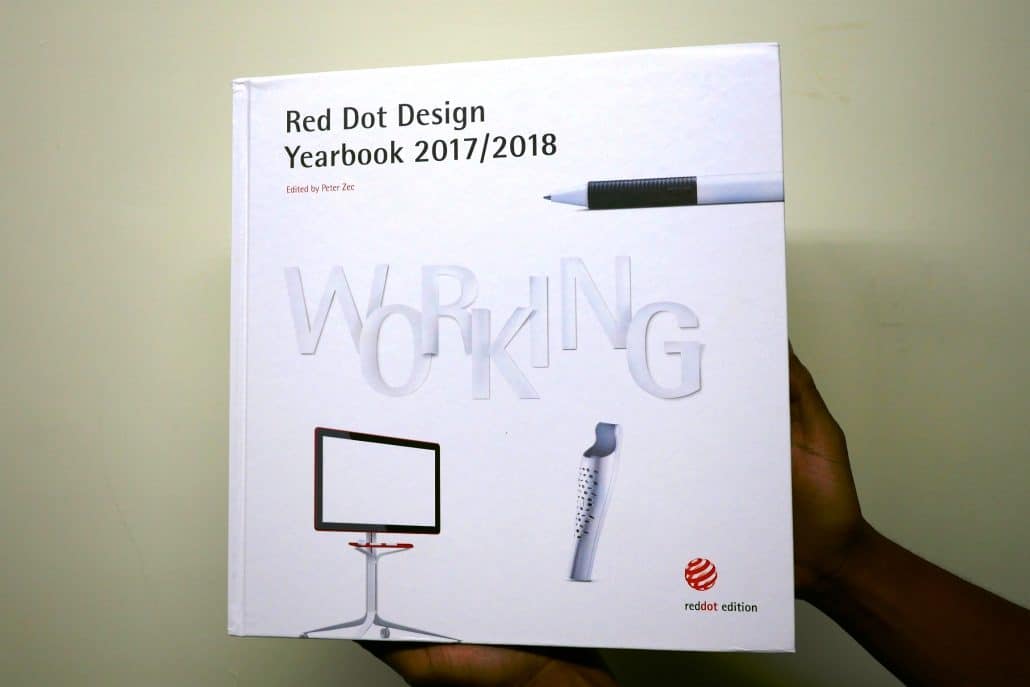 So far, 2017 has proved to be a big year for the Open Benchtable project. After coming to market in September of 2016, we have since seen some great looking red and black models added to the product stack, the development of some real cool Min-ITX form factor offerings, plus prestigious awards from both iF Award and Red Dot. The Red Dot award happened back in April of this year when the Open Benchtable was chosen as the winning product in the category of Product Design, impressing the panel of judges with its utterly unique design approach. Today we’re really pleased to see that Red Dot have added the BC1 Open Benchtable to its Yearbook for 2017 / 2018. 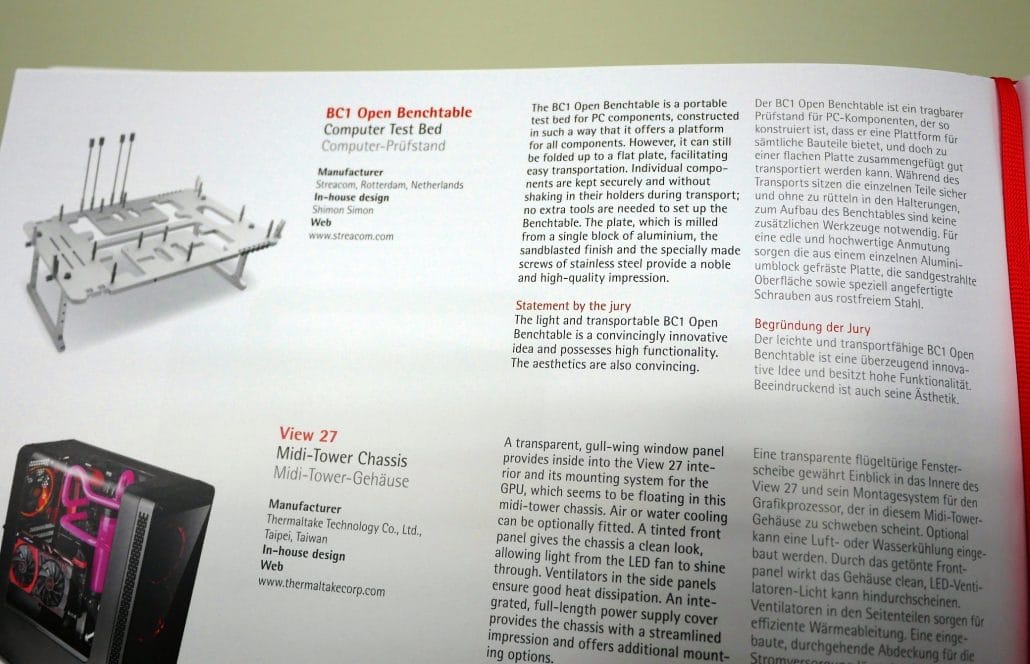 The Red Dot Award Yearbook, apart from a being about as heavy and large you would expect any Yearbook to ever be, is very much produced to inspire awe. Its four hundred plus pages are filled with product designs that Red Dot have deemed worthy as examples of world class design and innovation. The Open Benchtable now rubs shoulders with world-leading product designs from companies such as Apple, Bosch, Samsung, Carl Zeiss, Dell, Daimler and Google to name but a few. Prestigious company indeed. Expect to see the Red Dot Yearbook adorning coffee tables in boardrooms and design labs around the world. 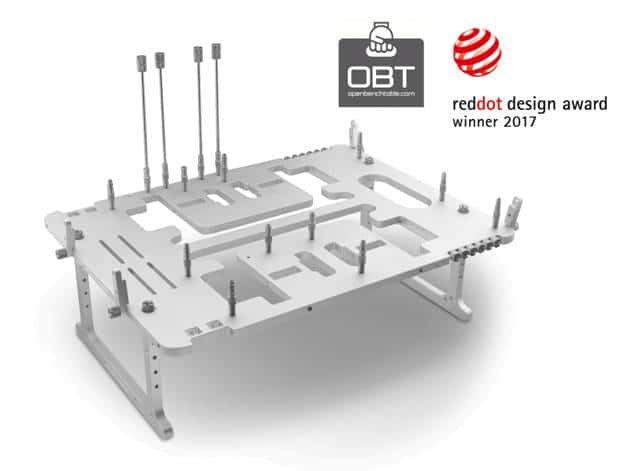 You can read the full announcement that we put out back in April of this year when the Red Dot Award first became official.