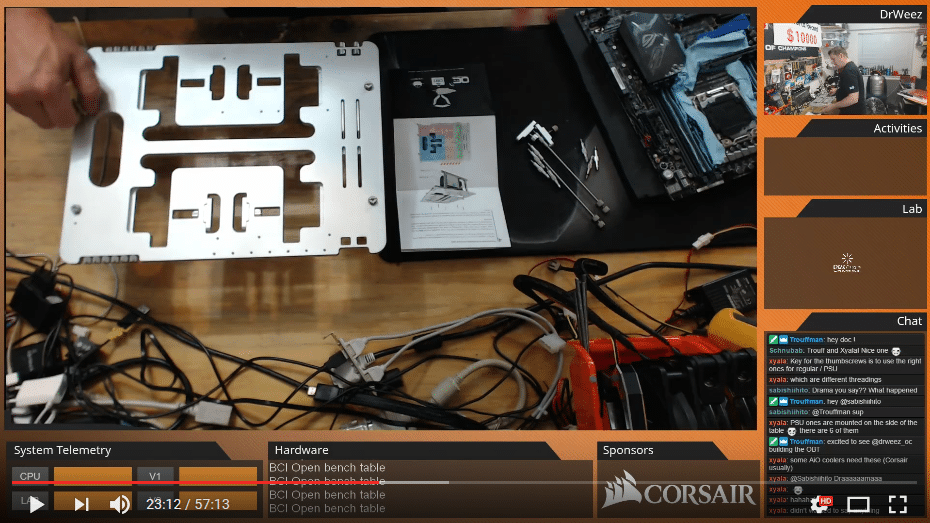 Today we can bring you a great video stream that was produced by Elite Overclocker DrWeez from South Africa. The video basically gives you a step by step look at the Open Benchtable, starting with a comparison between the latest revision and an early prototype that DrWeez acquired last year. He then shows how it all works, putting together a test rig for his latest Extreme Overclocking session. What you have in the end is an Extreme Overclocker’s perspective on the OBT. Check out the video below.

The Open Benchtable was designed to be used by a variety of different user types, addressing a range of situations where a portable, lightweight benching solution is required. One such user scenario is that of Overclockers, not least because it was primarily developed by several members of the overclocking community. DrWeez is the current No.1 Overclocker in South Africa, recently competing in the World Championship Final and other high profile contests around the world. He was fortunate enough to be one of the overclockers who tried the initial prototype OBT, which puts him in prime position to assess the latest design of the Community Edition. The intelligent, integrated design of the feet, stand-offs and screws for example is something that he found really impressive.

The main motivation for unboxing his Open Benchtable and getting it setup as his primary test-bed is that DrWeez intends to do some testing and preparation for a 4-way graphics card setup involving four GTX 980 Ti cards. The OBT is of course designed to support four graphics cards, and will make a solid foundation for the session. The initial video above shows DrWeez getting familiar with the basics of the OBT, mounting his motherboard and figuring how much insulation use, how to mount the AiO etc. We hope to see a follow up video where we get to the OBT in action with some LN2 in future. Watch this space.